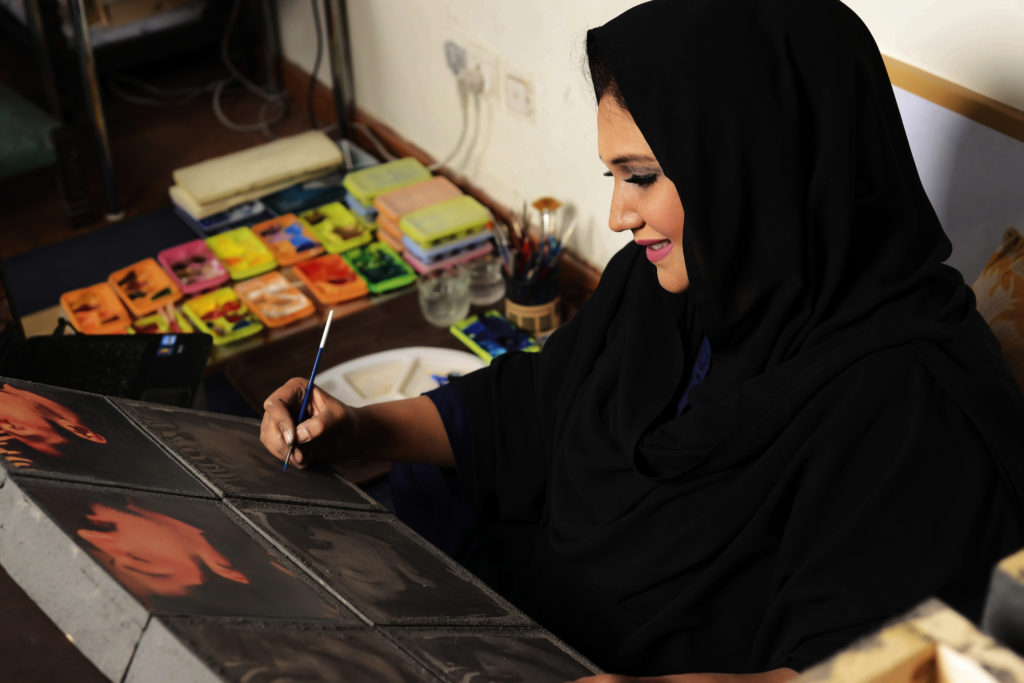 Transcending in space and time, seeking True Eternal Love, my art practice, is a culmination of the elements of spirituality deeply rooted in collective memory as history. It is limitless and ever-changing, restless and at peace the same time, revolving constantly in search for the Love of one’s True Beloved.

My entire art practice arises from humanity, a love that we share for each other, a love that is free from caste, color and creed, and a life that would break the divides and recognize each other as brothers and sisters in faith and in humanity.

In this great journey of life, discovery, intuitions, and knowledge, for me these paintings then become like a warm embrace of a lover, soothing, calming and full of passions and love, transferring sincere prayers and well-wishes onto the other.

The exhibition titled “Intercessor,” especially encircles around this very notion of prayer, and the final salvation of humanity.

The main source of inspiration for my paintings since 2016 is on Darood-e-Taj. “Intercessor,” is a humble effort into comprehending the essence of this beautiful Salutation. It would take infinite lifetimes to fully grasp its majesty, and yet still the process of understanding would be ongoing. Although, The Most Merciful, would open doors to Knowledge to whomsoever He pleases. Every single letter, word, and sentence, in Darood-e-Taj, has a deep-rooted meaning, understood gradually with time, and effort, and is not only in its recitation, but also the implementation of the teachings and way of the most Beloved Prophet of God, (PBUH.)

Her upcoming shows are in Paris and Lahore.